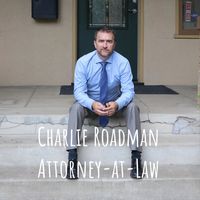 Listen to Charlie discuss driver's license issues (after a DWI arrest) on his podcast: CLICK HERE This interview will answer a lot of your questions.

Q: Can I really just replace my driver's license (after the police took it)?

A: Yes, if it isn't suspended for another reason and you replace it within a few weeks of being arrested.

Q: They won't arrest me for trying?

A: No. The worse thing that would happen is they would say they can't replace it.

Q: Can I just wait a few months, then get a replacement license?

A: No. They will not replace your license after the 40th day after the arrest. Replace it as soon as possible.

Q: If they will just give me another one, why did they take it in the first place? Can't they just give me back the one they took?

A: The one they took has already been destroyed. The police had to take your license because the law says that they have to take the license of anyone arrested for a DWI (that refuses to blow, refuses to give blood, or tests over .08). The law about taking the DL of people arrested was only written to make a politician look tough on people charged with DWI. It doesn't actually accomplish anything other than make life more inconvenient for people arrested for DWI.

Q: Why will they let me get another license?

A: Because the license itself, the piece of plastic, doesn't really mean anything. The status of your ability to drive is kept in DPS's supercomputer. Having the physical DL doesn't affect your eligibility to drive at all.

Q: Where is the nearest DPS location?

A: Check here. You can also see if the location has a "check in online" option.

Q: Can I replace my license online? Without going to DPS?

A: Sometimes. Find out here.

Q: I have more questions.

A: No problem. Give us a call or email us.

Fill out my online form.

Our Books and Interviews

THE DEFENDANT'S GUIDE TO DEFENSE

Written by Charlie Roadman and available on Amazon, The Defendant's Guide explains how to work with your attorney, what the prosecutor and judge cares about, and what you should be doing while your case is pending.

The Insider's Guide is a comic book written by Charlie Roadman about Austin DWI charges. read it here.

This is a 4-part podcast interview about Austin DWI charges. Charlie explains the Austin criminal justice system and what you can do to get the best result.